Google recently announced four new cameras for its Nest lineup, but only two of them were actually available at the time of the announcement: The Nest Cam (battery) and the new Nest Doorbell (battery). The anticipated Nest Cam (wired) may have just reared its head, though. A recent version of the Google Home app is displaying the product name during the camera setup process, and might indicate a launch is imminent. 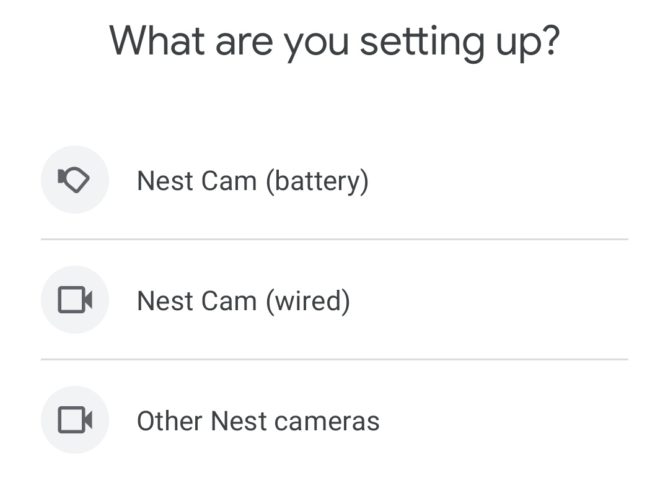 The as-yet-unreleased Nest Cam (wired) appearing during the “set up a device” dialog in the Home app for cameras. Image via Phil S.

Google hasn’t said when we can expect the verbosely named Nest Cam (wired) to land, but the name is appearing in the Google Home app v2.44.1.8 (downloadable at APK Mirror) for some folk as an option during the camera setup process. For context, prior Nest cams still require initialization in the dated dedicated Nest app, though Google did tell us that might change in the future. Even so, we have confirmed for ourselves that the older wired cameras don’t work when triggering this newly appeared option, so we have to assume it’s for the latest unreleased model.

There is one potential explanation. Cnet did accidentally leak that Google has a hardware event planned on October 5th. That is presumably a little bit too early for the Pixel 6, but it explicitly named “Nest” stuff as being present. Given the timing, it wouldn’t be unreasonable to expect the Nest Cam (wired) will be released sometime around then — or soon, at any rate.