We had almost written off Wear OS until Google announced the all-new platform that it concocted in collaboration with Samsung. While we did know that a future Samsung smartwatch would debut the new Wear OS, but Samsung has remained tight-lipped on the subject. However, thanks to a new leak, we have what might be our first look at the upcoming Galaxy Watch Active4.

The renders, courtesy of the reliable @OnLeaks, showcase a watch that, although isn’t a drastic departure from the Watch Active2, has a few clear distinctions. The most notable one is the new band fasteners that extend a little more, which should give it more presence on the wrist. The watch band (at least the official one) now completely occupies the space and leaves no gap between itself and the frame. 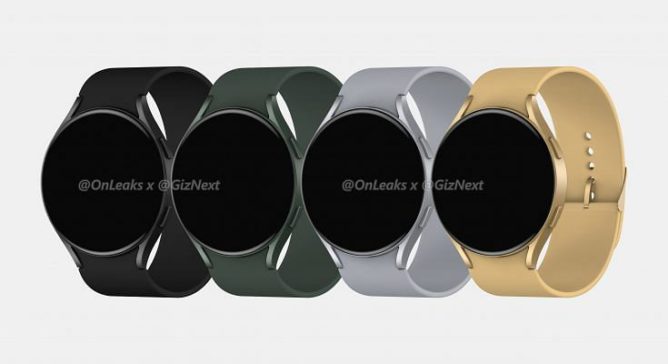 The Watch Active4 still has two buttons on the right, but they’re more prominent than its predecessor’s tiny circular buttons. As for the case, it’s expected to come in two sizes: 40mm and 44mm — both made of aluminum. The watch will be available in a wider range of colors this time around including black, silver, gold, and olive green. 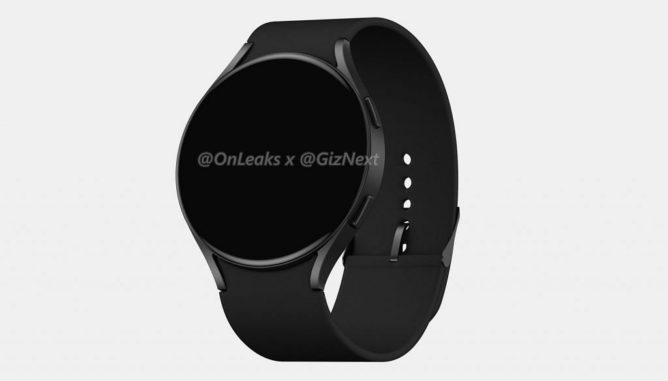 It’s said to be powered by a 5nm processor and, unsurprisingly, run the new unified Wear OS. There isn’t clear information on pricing yet, but the source claims that Samsung could unveil the watch as early as next week at MWC. Samsung’s invite for the event does mention that the company will be “unveiling its vision for the future of smartwatches,” so it’s not completely outlandish to expect a teaser, if not a full-blown announcement. However, as with all leaks, it’s best to take all of this with a pinch of salt until we have official details.